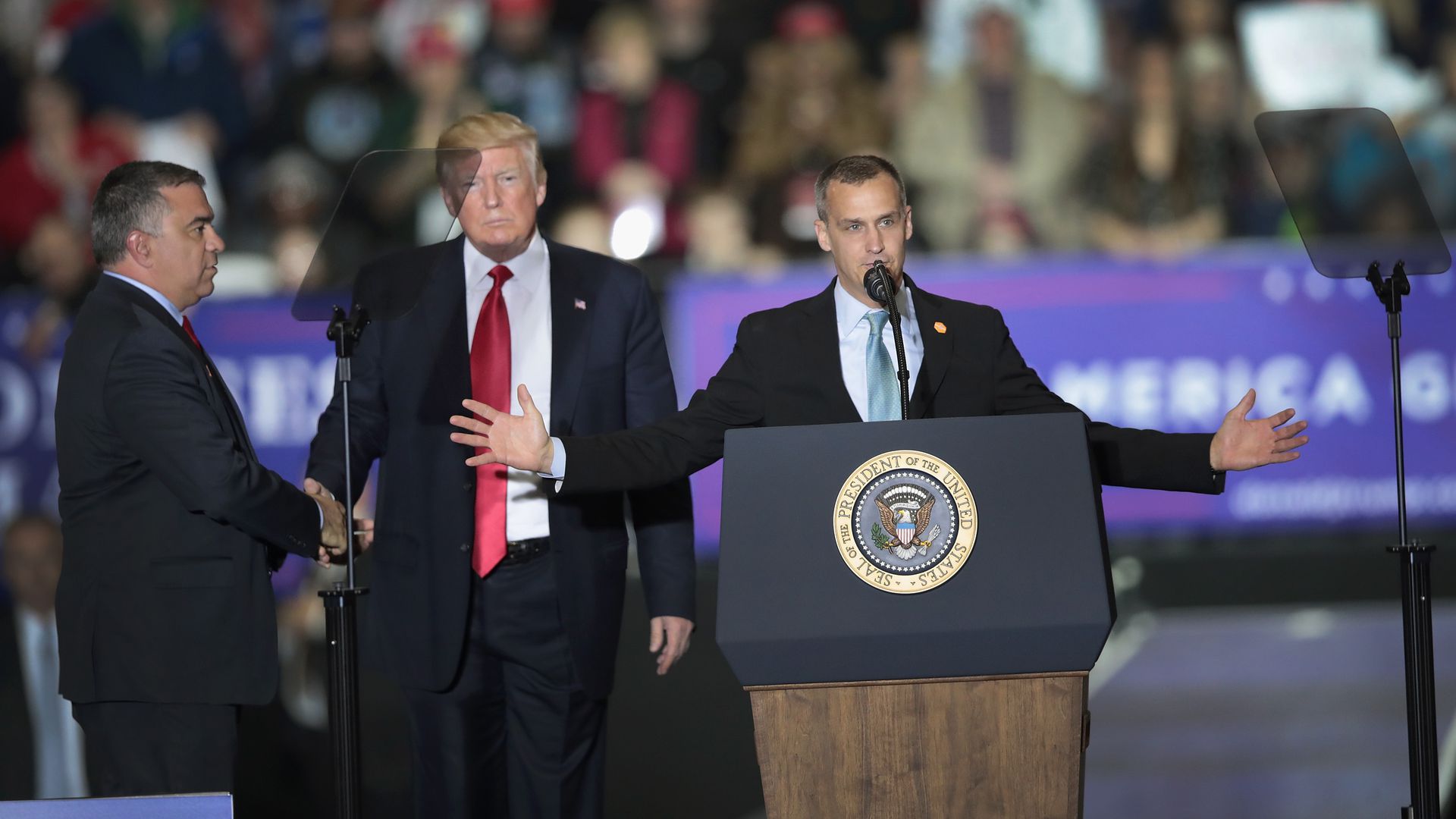 A new political group founded by former Trump aide Corey Lewandowski is raising money to run a candidate against the third-ranking Republican in the House, Rep. Liz Cheney.

Why it matters: Cheney’s vote to impeach Trump this month enraged his most committed supporters. Lewandowski’s group appears to be the first national GOP organization to target Wyoming’s lone House representative.

What’s new: Lewandowski has been sending out hundreds of fundraising text messages on behalf of his new PAC, Fight Back Now America.

In addition to her political challenges in 2022, Cheney is facing an internal effort to remove her from her position as the chair of the House Republican Conference.

Be smart: Cheney may be a target, but she also has a large political arsenal. Her father, former Vice President Dick Cheney, still commands respect among establishment Republicans, and both he and his daughter have been strong fundraisers.

“Cheney “must be removed from GOP Leadership & Primaried!”