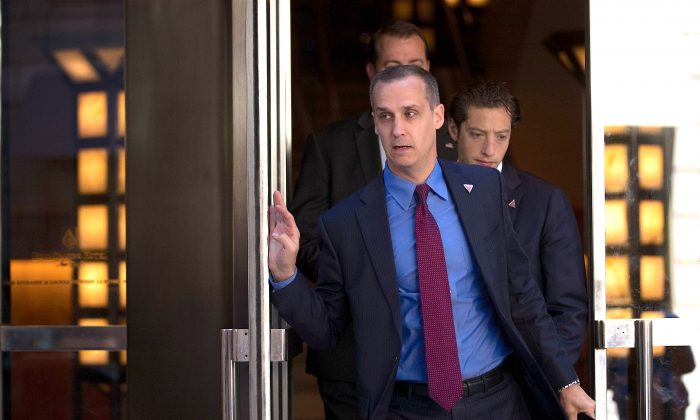 Lewandowski PAC to Target 10 Republicans Who Voted to Impeach Trump

Lewandowski told WMUR that he is focused on finding and supporting primary challengers to the 10 Republicans, starting with Rep. Liz Cheney (R-Wyo.) Cheney issued a scathing statement announcing her intention to vote for impeachment, drawing a broad backlash from her constituents. A poll commissioned by Trump’s political operation showed that 73 percent of Cheney’s constituents having an unfavorable opinion of her.

“These 10 House members have to have accountability at the end of the day, I believe,” Lewandowski told WMUR. “The one big vote is obviously the vote to impeach the president.”

“You have to look at individual districts,” he added. “I’ve had a number of conversations with candidates who want to run against these individuals to hold them accountable for their vote against the president.”

Lewandowski said he intends to be a key player in the 2022 election by supporting who he called “America First” candidates. The political action committee he is heading, Fight Back Now America, was formed in November last year, Federal Election Commission records show.

“Our PAC is designed to focus on districts that will allow us to obtain and expand our majority in Congress and also focus on those candidates who, if you win a Republican primary, will ensure that the likelihood of losing the district is very slim,” Lewandowski said.

New Hampshire’s 1st Congressional District seat could be among those districts next year, he added.

Lewandowski said he is still interested in running for governor but noted that he would not challenge Republican Gov. Chris Sununu if he ran for re-election. Lewandowski also said he has “zero interest” in running for the U.S. Senate.

“Until Gov. Sununu makes his decision on what he’s going to do, I’m going to continue to focus on raising money and helping people around the country,” Lewandowski said. “If and when the governor decides he’s going to do something different, I would look at that.”

Would Lewandowski run for the U.S. Senate?

“I have no interest in serving in federal elective office in Washington, D.C. None – zero,” he said.

“I think the president is concerned about seeing all of the work he’s been able to do over the past four years to rebuild our economy, rebuild our military and put America first being undone,” Lewandowski said.

“I don’t speak for the president, but I speak with him. I think it is a massive transition from being the leader of the free world to being a private citizen.”

“These 10 House members have to have accountability at the end of the day, I believe,” Lewandowski told WMUR. “The one big vote is obviously the vote to impeach the president.“